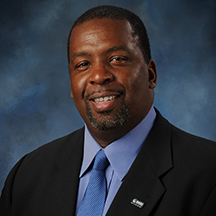 Kevin Fischer is the Executive Director of NAMI Michigan. NAMI, the National Alliance on Mental Illness, is the nation’s largest grassroots mental health organization dedicated to building better lives for the millions of Americans affected by mental illness. A retired businessman, Kevin joined NAMI as a volunteer in 2011 after his oldest son Dominique was diagnosed with a mental illness in late 2007 and was lost to suicide in 2010. After serving on the NAMI Michigan Board of Directors as the NAMIWalks Chairperson for two years, and as Board Vice-President for two years, Kevin accepted the role of Executive Director in 2014.

A mental health and suicide prevention advocate, Kevin is the founder and Director of The Dominique Fischer Memorial Foundation, serves on the Board of Directors of several behavioral health organizations throughout Michigan, including Governor Whitmer’s Suicide Prevention Commission, the Michigan Department of Health & Human Services (MDHHS) Mental Health Diversion Council and Behavioral Health Advisory Council (BHAC), Disability Rights Michigan’s (DRM) Protection & Advocacy for Individuals with Mental Illness (PAIMI) Advisory Board, and is a member of the Crisis Intervention Team (CIT) International Board of Directors. Quoted as saying “this is his last job; his last fight,” Kevin is dedicated to eliminating the stigma of mental illness, which he considers the leading barrier to the early diagnoses and treatment, which leads to better outcomes for all.